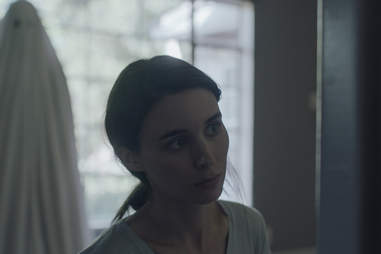 A Ghost Story (2017)
Director David Lowery (Pete’s Dragon) conceived this dazzling, dreamy meditation on the afterlife during the off-hours on a Disney blockbuster, making the revelations within even more awe-inspiring. After a fatal accident, a musician (Casey Affleck) finds himself as a sheet-draped spirit, wandering the halls of his former home, haunting/longing for his widowed wife (Rooney Mara). Netflix With stylistic quirks, enough winks to resist pretension (a scene where Mara devours a pie in one five-minute, uncut take is both tragic and cheeky), and a soundscape culled from the space-time continuum, A Ghost Story connects the dots between romantic love, the places we call home, and time—a ghost’s worst enemy.

American Honey (2016)
Filmmaker Andrea Arnold lets you sit shotgun for the travels of a group of wayward youth in American Honey, a seductive drama about a “mag crew” selling subscriptions and falling in and out of love with each other on the road. Seen through the eyes of Star, played by Sasha Lane, life on the Midwest highway proves to be directionless, filled with a stream of partying and steamy hookups in the backs of cars and on the side of the road, especially when she starts to develop feelings for Shia LaBeouf’s rebellious Jake. It’s an honest look at a group of disenfranchised young people who are often cast aside, and it’s blazing with energy. You’ll buy what they’re selling. 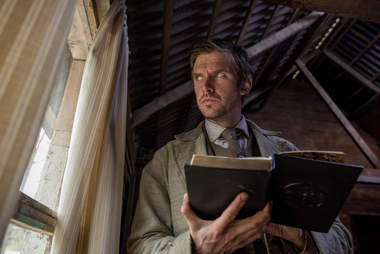 Apostle (2018)
For his follow-up to his two action epics, The Raid and The Raid 2, director Gareth Evans dials back the hand-to-hand combat but still keeps a few buckets of blood handy in this grisly supernatural horror tale. Dan Stevens stars as Thomas Richardson, an early 20th century opium addict traveling to a cloudy island controlled by a secretive cult that’s fallen on hard times. The religious group is led by a bearded scold named Father Malcolm (Michael Sheen) who may or may not be leading his people astray. Beyond a few bursts of kinetic violence and some crank-filled torture sequences, Evans plays this story relatively down-the-middle, allowing the performances, the lofty themes, and the windswept vistas to do the talking. It’s a cult movie that earns your devotion slowly, then all at once.

Avengement (2019)
DTV action star Scott Adkins knows how to land a punch, but this chronologically fractured fight film, which combines a bloody prison drama with a Guy Ritchie-esque underworld plot, also lets the burly actor show off his acting chops. With a metal grill on his teeth and gnarly scars on his face, Adkins plays Cain, a former boxer turned convict who starts the movie by escaping his security detail on a trip to the hospital to visit his dying mother. On the run, Cain ends up at a pub in the middle of the day, where he entertains the assembled goons with his convoluted life story, which involves a betrayal by his older brother and many grueling jailhouse brawls. Director Jesse V. Johnson co-wrote the refreshingly sharp script, which has more on its mind than your average fight-driven revenge film, and he stages the ferocious, bare-knuckle melees with appropriate vigor. ดูหนังออนไลน์